Upgrading to Mac OS X 10.11 (El Capitan)? Here are some things to think about first.

No company gets people excited for a new product like Apple. Whether it’s a new iPhone, iPad, an entirely new product line like the Apple Watch, or something as routine as the next upgrade the Mac OS X, Apple’s hype machine goes into high gear and has people chomping at the bit to jump in at the first opportunity.

In most cases this is fine — and fun! Upgrading your computer to the next version of OS X is not (and shouldn’t be) one of those cases.

Being the first person in your family or group of friends to have the biggest and best iPhone is fairly harmless, and allows for some bragging rights, at least for a while. Upgrading your computer to the latest version of OS X often does not have the same effect.

Many users upgrade to a new operating system simply because they can, or because it’s free. Offering the upgrades for free has been the trend at Apple lately, to increase the adoption rate of the new software. This in turn allows them to push new features to a larger audience more quickly. It is tempting, but there are a lot of things to think about before applying a major system upgrade — things that may save you a lot of time, money, and frustration.

Just because your computer CAN run the new software — take Mac OS X 10.11 “El Capitan” for example — doesn’t mean it will run well. Apple is known for supporting fairly old hardware with the latest versions of OS X, sometimes hardware that is between 7-8 years old. Your iMac from 2007 may technically meet the bare minimum system requirements for the upgrade, but once the software is installed your computer may start to show its age. Steeper system requirements, advanced interface updates, and more complex operating system code may bring your unit to its knees, leaving little memory or processing power for other software. Performance during simple tasks like browsing the web, composing email, or browsing your iPhoto library may become noticeably slower, even unusably so in some circumstances. Nobody likes a slow computer, so it is important to weigh the benefits and drawbacks of such an installation on your specific hardware before you make the jump.

One of the most common issues customers run into when upgrading to a new version of OS X is the fact that previously functional software stops working – either partially or completely – when running on the new operating system. These incompatibilities can be exacerbated by the amount of time one has waited since the latest major OS update was applied. For example, a user upgrading from Mac OS X 10.6.8 to 10.11 will undoubtedly experience more significant application incompatibilities and hiccups than a user upgrading from 10.10.5 to 10.11, not only because the differences in the software add up over time, but because users who update their OS more frequently also tend to update the rest of their software more frequently as well.

There are major structural differences between each version of OS X. Even though on the surface things may look identical or similar, new software requires new code, and new code in the operating system often makes applications designed to run on previous versions of Mac OS X stop working, or become unreliable. So before you upgrade from 10.6.8 to 10.11 (which you can do, for free!), audit the third-party applications on your system first. That copy of Microsoft Office 2004 you bought when the computer was new is not going to work anymore, and that’s when your “free” operating system upgrade starts to cost real money.

3. YOU DID YOUR RESEARCH AND EVERYTHING LOOKS GOOD? YOU’RE GOING TO NEED MORE HORSEPOWER. 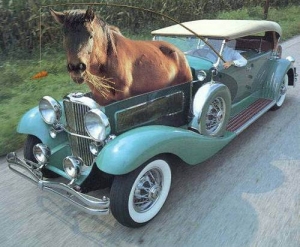 With the exception of currently shipping and very recently released hardware, most computers will benefit from some sort of hardware upgrade(s) to keep pace with the higher requirements and advanced usability and interface features bundled with new versions of OS X. It is true that in recent years Apple has made it harder to upgrade their computers — especially the MacBook, MacBook Air, MacBook Pro and iMac units (so, most of them) — but there may still be options.

Two major factors can dramatically affect the performance of your unit when upgrading to a new OS — the amount of installed RAM and the speed of your storage device (hard drive, SSD, etc.). Lapin offers parts and installation services for both. Unfortunately, most newer Apple laptops have RAM that is integrated into the motherboard and cannot be upgraded. Luckily most of those units, given their young age, can run El Capitan without issue. For other units, including older MacBooks and MacBook Pro models, the Mac mini, and most iMacs, there are upgrade options. Adding memory (RAM) to your unit, if it can accommodate more, is the easiest and fastest way to bring your computer up to speed. Software that does more needs more resources. Giving your computer extra RAM to assign to this heavy-duty new OS is basically giving it room to breathe, allowing plenty of memory to go around for the system itself and whatever applications you are trying to run.

Upgrading your computer’s hard drive to something larger, or to a solid-state drive, can also pay off handsomely when installing a new operating system. Solid-state drives are much faster, quieter, cooler, and more reliable than traditional platter-based hard drives, and have a noticeable impact on things like bootup time, application launch time, Spotlight searching, and other disk-intensive tasks. Again, many recent Apple laptops (and even iMac and Mac mini models) come with proprietary solid-state or flash storage devices which are not upgradeable at this time, but in most cases those units already contain the horsepower to run Mac OS X 10.11 with relative ease.

For older units, such as non-retina MacBook and MacBook Pro models, pre-2013 MacBook Pro Retina and MacBook Airs, pre-2013 Mac minis, and pre-2013 iMacs, there are plenty of options for RAM and storage upgrades that will make your transition to El Capitan smooth and stress free — that’s where we come in!

Lapin Systems is the only Apple Premium Service Provider in the greater Chicagoland area. From start to finish, we can assist with questions, upgrades, installations, and support, offering you the fast and honest service that we’ve been known for for over 20 years. Feel free to call or stop in either of our locations any time. We are eager to help!