Remembering Where it Began

Steve Jobs, founder of Apple, passed away yesterday at the early age of 56 from pancreatic cancer. As a Mac specialist in Chicago, Lapin is both saddened by the loss of such a visionary and grateful for all that Jobs accomplished during his lifetime. As reported by Engadget last evening:

“Steve Jobs has had a remarkable effect on the industry as a whole. His impact on the progression of personal electronics cannot be overstated and his swift departure leaves a hole none could fill, but he has built a legacy that few could ever hope rival. Apple computer now stands firmly as a leader in consumer electronics, and for many it will always be known as The House that Steve Built.”

Here is a brief look back at how Steve Jobs built the amazing national brand that Apple is today. 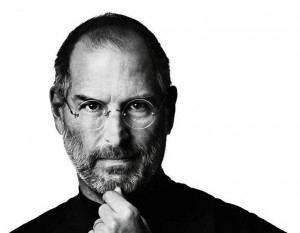 Now, perhaps more than ever, Lapin systems is proud to be a member of the Apple Consultants Network, and part of the legacy that SteveJobs has left behind. “His legacy will live on with every iPod, iPhone, Mac, and iPad that graces a desk or coffee table around the globe. The next time you power on your smartphone, tablet, or computer, spare a moment for Steve Jobs, one man who made advancing technology his life’s work,” suggests Yahoo! News.