macOS 10.15 Catalina – Read this before you upgrade!

The newest version of Apple’s operating system was released this week – macOS 10.15 “Catalina” – and there are some things you should know before hitting that “Install” button.

Every year or so, Apple releases OS updates bringing new features, support for new hardware, updated applications, performance improvements, and other incremental changes to your Mac. On a larger scale, an upgrade comes along every so often which includes major changes to the way your computer operates, regardless of whether or not you can “see” those changes on the surface. This is one of those upgrades.

If you have not already read about it in the news, the upgrade to Catalina should not be considered an “automatic” or Day-1 upgrade by any means. Due to one of the major changes – the complete lack of support for 32-bit applications – it is critical that you know before upgrading whether or not the apps you use on a day-to-day basis will work on your computer once upgraded. 32-bit apps have been around for a very long time and many developers have not updated their apps to 64-bit code since, until now, there was nothing forcing them to do so. In a previous social media post, we linked to a great tip from The Verge about how to determine which applications installed on your Mac are 32-bit and will likely cease to function after the upgrade to 10.15. If these apps are critical to your day-to-day workflow, it would be best to wait on this upgradeuntil updates are available bringing 64-bit compatibility, or you have settled on a compatible replacement for the application or function in question. Aside from that, it’s never a bad idea to wait for Apple to work through the hiccups of a major new OS release by giving them a few weeks/months to patch any outstanding or newly-discovered bugs. 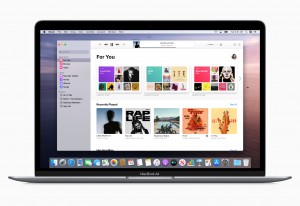 Another major change in Catalina is the demise of iTunes, Apple’s flagship application, as we’ve known it for over a decade. iTunes the app no longer exists, as it has been split into multiple separate applications known as Music, Podcasts, and TV to streamline the user experience. As a result, the previous database and folder structure for iTunes data, which stored all of this data (music files, podcasts, and videos) in one location, has been split, moved, and renamed accordingly, effectively rendering any third-party apps which previously referenced the iTunes Library folder (think DJ/mixing software, transcoding/ripping applications, etc.) non-functional until they are patched or updated to work with the new apps and data structure.

These issues alone are enough to at least consider your timing and strategy before pulling the trigger on this upgrade. It’s not all worry and bother though – there are of course many new features and improvements included in Catalina as well! These include:

A full breakdown of the new features and changes included with Catalina can be found on Apple’s site here:https://www.apple.com/macos/catalina/features/ 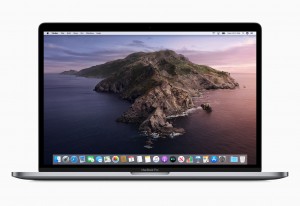 macOS 10.15 Catalina is compatible with and can be installed on the following Mac models:

If you have questions about whether or not your computer will support Catalina, if or when you should upgrade, or simply need assistance installing the new software, backing up your data before you upgrade, or auditing and updating your applications for compatibility, feel free to give us a call, send an email, or stop by one of our locations at any time. One of our techs will be happy to assist!